Peter Csizmadia-Honigh, author of The Wines of India, a Concise Guide, was the recipient of the The Geoffrey Roberts Award in 2014, which provided him with support for the research and publication of the first ever book on Indian wines. The bursary is granted annually by the Geoffrey Roberts Trust, a UK registered charity, since 1996 in memory of Geoffrey Roberts, a British wine merchant.

The award, administered by The Vintners’ Company,  consists of a travel bursary and is awarded to a candidate who has a proven track record of successfully furthering the cause of wines from the New World, and who proposes to use the bursary to do something practical in the promotion and development of New World wines. 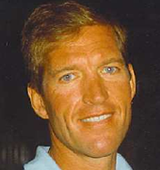 Roberts went to Eton and was called to the Bar in 1970 but abandoned the law to set up the Hungerford Wine Company with Richard Jacobs. The company successfully sold wine for corporate entertaining but it was a trip to Australia and a meeting with Len Evans in the early 1970s which persuaded Roberts to risk buying an entire container of Hunter Valley wines which sold out in three months.  He moved to Chelsea, where Geoffrey Roberts Associates’ tastings become important fixtures in the wine trade diary and he introduced the then-radical notion that great wine was made outside Europe. He was an early member of the Zinfandel Club, founded by Harry Waugh, Hugh Johnson and John Avery MW to celebrate top quality California wine in the UK. Eventually he sold the business to Les Amis du Vin but remained as a consultant, even though this required working in an industrial park on the western fringes of London where the nearest restaurant as a Spud’U’Like – very far from his natural milieu.

He ate and travelled extensively, with no apparent ill-effects on his uncommonly good looks, and once boasted of having eaten in every three-star restaurant in France . He was also a great lover of the opera and ballet and travelled frequently to San Francisco and the south of France . He was certainly a force for good and a bon viveur, which is why his loss in 1994 was felt so keenly by his many friends and associates.